Being positive is a great thing to do, not only for yourself but for the people around you, it is like a chain reaction, one person laughs and slowly and surely more smiles come from the cracks in the pavement.   Everyone deserves to be happy.   Problems however have a nasty habit of making us grimace instead, they make the pavements uncomfortable to travel on so we either try a little harder to wear a smile or we just give up and throw paper planes into a bleak unknown where it collects with the other planes from other people who missed your smile.   Do you think you will be happy in the future? does this question worry you or do you rather take it day by day or like me, do you hope that one day the hover board will actually come to life.

Although these images are recreations from the resent Gloucester Tall Ships festival, I cannot help but think what changes will happen in our little world in the next 100 years and will the world be a better place or holding on with all it’s might to hope.   I have to admit I am a little scared for the future of our children, i would hate to have them live in a world where the internet has taken over and drained our meanings of life, people are meant to see and interact with people, language isn’t LOL, it is hello my name is…..

I was born to be on this earth, at any moment of time I  fill a actual space in the world, I belong, and although it is a selfish way of thinking about it, there will be no other person in this world who will fill this same space as me at any given time, just like you in your space.  However we now live secret lives in computer boxes, we have this fake awesome world where we are the best at everything, the best drama, the best fake farm, the best profile image, the most friends, but honestly can you say hand on heart that the person you live on line is you? Do all fifteen thousand of your friends know your demons, have they let you sleep off a drunken night on their sofa, have they told you that your boy/girl friend is a cheat, have they held you while you cried you eyes out and kept ever single secret to the grave.   I would hate for people to loose themselves and not a a real friend to be there when the time came.   I am no way condemning any of these social medias but I could really do without the drama, just because we are not face to face it does not make your insults or cruel words any less hurtful, but still you think it is ok to hide behind a empty screen and say those words.  We all have had those days when that happens.   On the other hand, many smiles have been created by a simple Like button, someone agreed with your, someone liked you, they valued your opinion, you are on the right track.

Live each day with purpose, smile to strangers on the bus, complement peoples well doings and guide them when they need your help, discover many new random acts of kindness, but most of you be you, fill that space in the world where you belong.

Good evening to you fine Ladies and Gentlemen of the void.

Allow me, if you would to brush away some of those depressing doom and gloom cloudy days that have blighted our English Summer with the music to tap toes with, and upturn those frowns, may I introduce to you FolkLaw.

Here stands before you in full momentum for a one hour special at Gloucester Tall Ships weekend (which incidentally turned into two hours after another band pulled out later that day) are two lovely gentlemen by the names of Nick Gibbs on one of the coolest fiddles I have seen in a while, and Bryn Williams with a soft crack in his voice that makes a most heart warming effect.   Boy can these gents play; no I am not just saying this because they took some time to talk to me, but because they really have got a musical talent.

If you haven’t already guessed, the music of FolkLaw is Folk focusing on, excuse me while I quote from the inside of their album Nations Pride “ FolkLaw is about social injustice, war, poverty, love and the problems faced by society”.  Yes I know what you are thinking; it’s depressing as hell, but far from it my friends because as they put it, it is a message that hopefully makes a difference.  Hidden within heart warming guitar and fiddle melodies, lyrics speak of the love of the home country, the problems it faces, where we stand in the world and who we stand with, but the true beauty is they sing as if every word was rare and valuable.

So how to explain their sound? Picture yourself in a traditional Irish pub with a borran in the corner, feet stamping to the beat with a the soft passionate rasp from Nicks vocal chords as his fingers dance the strings of the fiddle, which intertwines so effortlessly with the strong but tender voice from Bryn with a hint of Simon and Garfunkle in the tender notes as he strums his heart away with the most beautiful guitar work.

Now, I have to admit, I have a very varied taste in music to the point of where my ipod would raise a curious eyebrow to most of my taste in albums I have next to each other, Britney to Bach, The Rolling Stones to Welsh male Voice choirs, Daft Punk to Julie London and so on, but folk is something I have rarely invited into my collection due thinking it was all like my mothers music, boring stuff with songs about basket weaving and fish mongers wives, however this weekend after just one hour, my eyes where opened with a new appreciation for this genre, thank you FolkLaw.

Great entertainers, know how to work a crowd, beautiful voices, very good looking and very charming, could quite happily take them home with me.  Don’t just take my word for it, go check them out, go by a CD or two money even goes towards charities, what is not to love? Go embrace your inner folk.

I’m not going to lie, as a photographer there are certain little things in the world that start to annoy you for no reason, one of these little erks is glass for me.  Anyone outside the photographic or visual world would think, “oh taking a picture of shiny glass is easy” to which I face palm myself into a rhino.  Let me just say, fingerprints and dust become your worst enemy EVER, forget about the world falling apart and swallowing you whole as you take splinters out your eye with a lemon juice soaked rusty needle, one little tiny hint of a finger print and that is your image and life screwed for the whole day, oh woe is me and all that melodramatic take that us artists drivel on about.  Aint we a miserable bunch, no wonder we have a bad habit of being know to cut off our own ears and have fantasies of jumping of bridges.  On the other hand, if i do ever become a CSI, bring it on dust and fingers, I will find you and I will, I want to say destroy you as it would sound good as a movie reference but I will store you would be a whole load better to catch these nasty morons in the world. 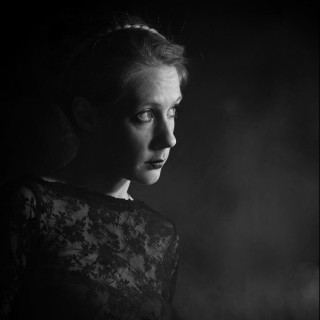 Hello world, welcome to this little part of mine. My name is Roubey, nice to meet you. I like to think of myself as a photographer, all the images you see before you are of my creation, unless I state otherwise. This is my passion and I care a great deal about my work and my camera but also enjoy fair comments to make sure I am going in the right direction. As these are my images I would kindly ask you to be respectful and not steal them, don't be afraid to ask permission, I will not bite. So come, sit awhile and enjoy. Thank you